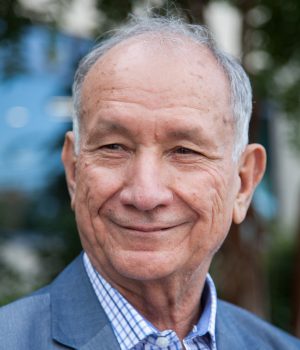 Dr. Joel Gómez is the President and Chief Executive Office for the Center for Applied Linguistics. He holds an Ed.D. in Higher Education Administration from The George Washington University. He received his M.A. in Latin American Studies from the University of Texas at Austin, where he also completed doctoral work in Applied Linguistics and Foreign Language Education Studies. He received a B.A. in Liberal Arts (Spanish and History) from the University of Texas at Austin.

With a proven management style that empowers and motivates, Gómez brings a wide range of experience in research, policy, and practice in equity, language and education to CAL from his work in higher education, the private, for-profit sector, and public education.

Dr. Gómez joined CAL from the George Washington University (GW) where he held a joint appointment as a faculty member and Chair of the Department of Education Leadership and where he also served as Associate Dean for Research for the Graduate School of Education and Human Development. Dr. Gómez’s areas of expertise include bilingual and bicultural education, higher education, national online information centers, and federal funding of education research and development. He has also worked at the international level as an evaluator and technical assistance provider in countries such as India, Pakistan, Macedonia, Dominican Republic, among others.

Gómez began his career in education by teaching at the middle school and elementary grades. In this capacity, he taught first, second, and sixth grades in two school districts in South Texas. Following his elementary school teaching experience, Gómez taught undergraduate courses in the Department of Romance Languages at Pan American University (UTRGV), where he taught beginning Spanish courses for Spanish-speakers along with courses in peninsular and Latin American literature and Spanish applied linguistics.

Gómez has served as President and Treasurer of the National Association of Bilingual Education, and is a founding member of the Mexican and American Solidarity Foundation, a multi-million entity funded by the government of Mexico.

Following his time at Pan American University, Gómez worked at the Texas Education Service Center (XIII), where he lead various efforts, including serving as director of federal programs in Title I, Migrant Education, and bilingual education. Related to these efforts, he also served as regional director for a national Spanish curriculum development project (language arts, social sciences, math, science, and fine arts); director of a tri-state education technical assistance center; and, director for a national assessment and curriculum project in bilingual education.